The Foobar2000 is an audio player for Windows , but with enough advanced features to have been voted the favorite player of more experienced users. Quality when playing music, support most popular audio formats and further customization of the interface are some of the reasons for him being featured in the media players market.

Although not so basic (and therefore as simple) as the traditional players, Foobar lives up to its fame and fulfills exactly what it promises: delivering a unique sound experience through unexplored resources and tools in conventional programs.

The main objective of Foobar2000 is to provide the highest possible fidelity during playback of audio files from users. Thus, the program makes use of features of equalization and automatic correction of minor faults (ReplayGain), making details that would go unnoticed before are noted to perfection.

Practicality is another point worth mentioning. To listen to compressed music (RAR, ZIP or GZIP) in conventional players, you would need before, a unique program to extract the contents. With Foobar2000 process is much simpler: just play the file normally!

With so many advanced features, it is expected that the final result is at least excellent – really is. With audio quality well above the average of other players, Foobar makes beautiful time to play their music.

In Foobar2000, the design is in the background. However, if on one hand the interface is not the most beautiful, the program gained in lightness and little used space, ideal for those who seek functionality and good performance in the implementation of audio files.

To make the experience even more complete, Foobar supports several plugins, making it capable of playing even the less common audio formats. Obviously, the main formats (MP3, MP4, WAV, WMA etc..) Are also present in the curriculum of the player.

It is true that we said that the priority is Foobar200 performance. However, in an increasingly competitive market, usability and personalization factors are highly valued, and leave them aside would certainly not be the smartest choice.

Just to combine the familiar performance to usability, the new version of Foobar allows the user to customize the layout of the program according to your preference, and a very practical way.

When running the program for the first time, you can configure various interface options (such as color, for example) and choose to display or hide certain features.

Being built with a modular structure, Foobar2000 also allows advanced users to make changes in program codes and add new functionality through the SDK (Software Development Kit) provided on the official website.

And the customization is not only in appearance. Foobar through the menu, you can edit the program preferences and set your own shortcut keys for the main actions.

Over time, you can create several different shortcuts and make the experience of listening to music much more practical without getting clicking menus all the time.

Well as some other audio players, the Foobar2000 is able to connect to the Internet for information about tracks and albums played him, seeking, for example, record covers.

The connection is also used to update some components of the program automatically. In addition to always be up to date with new features, this functionality also prevent compatibility issues, since updates are performed only for suppliers of official accessories.

In the field there are also streaming news. Now, the use of plug-ins or extra tools for reproducible ASX, MMS and RTSP formats, typically only supported by Windows Media Player is no longer needed. With this news, the Foobar2000 increases its competitiveness against the player from Microsoft and is presented as one of the most complete in terms of supported audio file formats.

With the “Gapless Playback” feature, Foobar2000 lets users listen to the music without the famous “pause” between tracks. With this tool, you can hear the music exactly the way they were mastered, and execute sequences of music with more fluidity.

In addition, the program also comes pre-configured to work with most multimedia keyboards. Any differences can be corrected in the program itself, or in the keyboard settings.

Besides excellent producer, the Foobar2000 can also be used to change the metadata of their music and to view detailed information sobro a file specific audio through the properties window.

You can change all the information on the file, such as track title, album name, participating artists, composers etc.. This is a great option for users who own MP3 player devices and looking for an easy way to keep organized groups.

With the use of plug-ins and external elements, you can extend the list of supported files and play virtually any type of audio file. 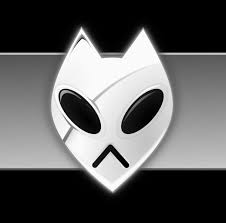