Now it’s much easier to make videos with production worthy of Steven Spielberg and George Lucas. With the application  FxGuru  you make a common video and add it effects the best action movie style, complete with piano falling from the top and crashing to the ground, hit by car, frenzied outbursts with machine gun and molotov cocktail.

The app also provides effects inspired by science fiction films, such as invasion, landing and arrival of aliens, alien spacecraft and first contact, robot-spider and fired by angry witches rays. Natural disasters are also in the package of effects, including tornado, lightning strike, meteor impact and flood with water.

How to record video in FxGuru:

After downloading FxGuru to your device with Android operating system, open it and tap the “Start” button to start the creation process. Then, choose the effect you want to add to your video. Note that the effects of gray are free. The effects of yellow color are available through online shopping.

After choosing the desired effect, preview it before burning to have a nation of income, if you prefer. To start recording a video tap “Start.” The video lasts only 10 seconds and you can make moves with the camera.

To end the video, tap “Finish”. The next step is to choose a color filter and sounds. Tap “OK” to confirm your choices and wait for the download to complete. Now you can enjoy your creation. Download FxGuru and have fun making your own productions!

FxGuru offers a package of special effects in the best action movie, science fiction and natural disasters style to add 10 seconds of videos produced by you with the camera of your device with Android operating system. The app is easy and practical to use, works well and produces angry videos.

The FxGuru works perfectly according to what it promises, because with simple commands you can record a 10-second video and add effects, sounds and background color filter for images. This time is sufficient to effect the unusual happens, like a piano falling from a building, the implosion of a building or an alien invasion happen.

But if you want to add to the narrative scenes, you can do this using another video editor, since the videos produced by FxGuru are stored on the device. Even in English, the application can be manipulated intuitively through the representation of functions by icons.

FxGuru The app has many good points, but it has a point that can be considered negative by some users, which is selling purposes. Most effects have to be purchased for use. But that does not stop you have fun with the available effects. 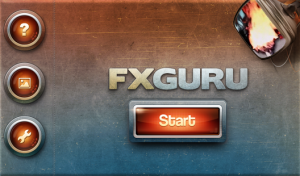