You will have to mix your music but do not even know where to start? What if a program do it all for you? With the Pacemaker Editor it is not only possible but easy.

The program has a clean without many buttons to confuse the life of the user interface. Everything appears in a simple manner. All this makes the navigability of Pacemaker Editor much better. And the commands can be made ​​by “Drag and Drop” (drag and drop). For starters just look in the “Editor” tab, is that location where the songs are in your library, choose the audio and drag it to the area “Mixes”.

Once in “Mixes” start adding effects to your mix. The buttons are colorful and the effects when applied to music on the timeline, it changes color to indicate that the effect of the music was applied.

X-Fade: the effect is used to create transitions between a track and another, increasing the volume of one another and lowering. It also serves to create fade-ins and fade-outs, known.

Colour FX: combines three effects in one. Wah Effect: adds gain to the passage chosen. Crush Effect: add effects to the music of wheezing. Effect Hi-Lo Cut: cuts more severe (Lo) more sounds (Hi) or. To select which of these effects to use, just click right on the area of ​​effect.

Reverse: prolonging the music and allows you to create a new segment with the inverted sound from a selected slice, and can be inserted after the original passage.

At the end of the mix, save your music in the following formats: MP3, AAC, FLAC, WAV and OGG. 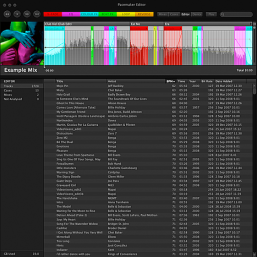