In practice, Xvid removes information that is not important for human perception. What he does is similar to what is done with the MP3 audio files. This allows high compression rates that allow effectively work with digital video on home computers. To get an idea, uncompressed digital video is huge and requires about 100 GB per hour at PAL resolution. The same video would require just 500 MB per hour for high quality when compressed with Xvid.

By reducing the video size, less memory from your PC or devices like DVD will be used. He is also a great option to the DivX codec, which has serious limitations licensing and distribution.

Along with the Xvid codec are installed some programs that may be useful for some tasks with videos. The Xvid MiniConvert, for example, allows you to take video files and convert them to Xvid format. It supports AVI, DIVX, MP4, MOV, WMV, ASF and MKV file. Have Nic’s Mini Calc enables to calculate the size of the file in XviD format based on the parameters you choose.

The Xvid codec has gained great popularity in recent years and has become the preferred codec for many when it comes to exchanging digital video, mainly because of its high image quality and ease of distribution.

Xvid is free software covered by the GNU GPL license. This means that the software source code is available to the public and developers are allowed to make modifications to the code. Furthermore, the redistribution of Xvid is permitted, but only under the terms of the GPL license. It has versions for Windows and Linux , unfortunately, the codec is not yet available for the Mac . 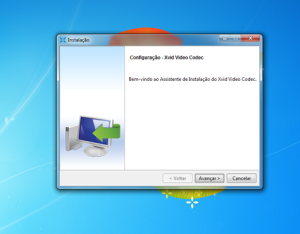