Marvel launched an iOS app with the look and the name of JARVIS , the personal assistant of Tony Stark in Iron Man , which obviously does not have the all functions and the level of technology in the film, but has a few somewhat useful and surely will delight fans of the series.

When installed on iOS devices, JARVIS can receive voice commands from the user (although only in English ) to perform some tasks as reporting on time, weather or setting alarms or schedule appointments or calendar events and even post to Facebook as well to interact with the touch interface of the application and listen to the voice messages of JARVIS in the film as well as download additional content such as ringtones and explore the 42 suits of Iron Man in a gallery. 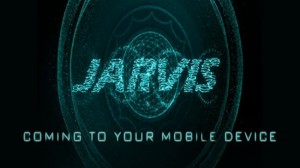 Additionally, as this app was launched for the premiere of Iron Man 3 on Blu-ray and DVD , can be used as remote control to synchronize with the Blu-ray player , and used both through the touch interface and through voice, but in that sense, it is not clear whether it will serve only for the movie Iron Man 3 or for other titles.

Either way, looks very entertaining and attractive to those who like Marvel superhero movies. As for now, not mentioned if JARVIS be available soon in Android and / or more mobile platforms.

Of course, the app JARVIS Siri does not replace but coexist together within iOS.