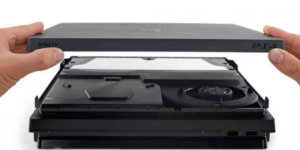 ‘It is the first and only  PS4 Emulator for PC’, they assure in the description of the supposed software on its official website. And although this web portal is working on design and content, and undoubtedly seems real, the truth is that behind this the only thing there is is a scam.  PCSX4 is not a PS4 Emulator for PC, and it is absolutely nothing, simply surveys that serve to subscribe to premium SMS services without giving you absolutely nothing in return.

According to the description they make of  PCSX4 on the website, it is an emulator for PlayStation 4 and PlayStation 4 Pro for Windows computers; the ‘first and only’ that allows you to  ‘play PS4 (pcsx4)games on PC natively’. And obviously, on this website we have a download link. In it they take us to a  list of surveys for us to fill out any and, at least they assure us, to receive the installation file when we have completed any of these surveys. The trick is that these surveys are advertising, a way to get our phone number for purposes such as subscribing to premium SMS services. Behind them, there is no emulator.

At the moment there is an emulator for PS4 (pcsx4), Xbox One and Nintendo Switch for PC: if you find any, it is a scam or malware

At the moment, the scene has not developed any emulator for the current generation of PC game consoles. That is, at this point, there is no software that emulates PlayStation 4, Xbox One, or Nintendo Switch and, therefore, allows you to load your games on PC. In fact, the Wii U emulator, or the PlayStation 3 emulator, still performs poorly in some of the most demanding video games, although the vast majority of them work perfectly, just as if we were running it on the original console.

We do not know how long, but it will probably take a few years to see a  good emulator of the current generation of consoles developed for the computer. Above all, because most of them usually arrive when a new generation of game consoles is launched, and when PC hardware – at least, the ‘mainstream’ – can run it freely.