The Media Player Classic is a movie player with simple visual that refers to the Windows Media Player 6.4, present in earlier versions of Windows . With a lightweight interface and without installation, the program executes videos in many different formats.

The “lightness” of the software comes from savings in memory to be executed. It eliminates the use of heavy interfaces and create libraries that can make it more “heavy”. The application natively supports formats like MPG, AVI, DVD, SVCD / CVD, however to support more modern and current formats such as MKV and MP4, it is necessary to install additional codecs.

Ideal for those looking for a player simple and lightweight video service waiver to installation. Simply unzip the file. ZIP file and run the program. The simple interface easily allows the user to access video files and play DVDs

With many options, it allows you to capture images from video, make even more minimalist interface and make the application window stay above other, allowing for seamless viewing. There are still options for implementation in full, zoom and even change the appearance of the video, forcing the display to 16:9 (Cinema) or 4:3 (old TVs and monitors) screen.

The application is compatible with all video codecs on the market, provided that the user knows how to install them. To download and install this codec is required to be made later.

Differences between the versions

Media Player Classic can be known by other later projects such as Home Cinema. Created by a single programmer named Gabest, the program has become immensely popular to be incorporated into video codec packs like K-Lite Codec Pack. Due to codec packs like K-Lite many people felt that Media Player Classic is that did all the work to view the videos.

It can be called a “piece of software” because alone does not solve the problem of displaying videos in various formats. Codecs are essential. In this regard, the MPC has just the basics, which are: MPEG-1, MPEG-2, AVI and industry standards such as DVD / VCD.

The software that borders on simplicity, has inspired other video players, such as VLC. But the minimalism of the interface hides a highly configurable application. The MPC is packed with options and settings that provide the best video display with the lowest consumption of computer resources. One of the highlights are the options for activating filters which, in turn, activate third-party codecs as Matroska, H.264 and Real Media.

Media Player Classic may have stopped in time with respect to the interface, however, the quality of resources exceeds commercial players, giving users great customization possibilities. No progress on the project since 2009, it is continued by Media Player Classic Home Cinema. 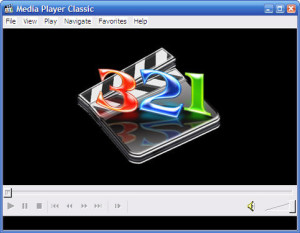