VLC for Windows 8 offers a version of the famous player of the same name, built into the new version of Microsoft’s operating system home screen.

So if you’re already a fan of the application or are looking for an audio player and video to your computer, you can find him an ideal alternative.

Before you install the program, however, applies only to warn that it is still under development and testing (Beta) and therefore may not always behave as expected. Moreover, according to the developer, many functions have not yet been implemented.

Who already know VLC know he is a player option that won a lot of people in recent years. Among the factors that lead the audience to like the program is its most minimalist and focused on the use, but without giving up a wide range of features, and great compatibility formats playable interface.

Therefore, it is a good option, especially for those who use the computer as the multimedia center of the house. If you already like VLC and use Windows 8, you can now test the player version developed for the system. It is opened directly from the home screen of the computer and on the first use since synchronizes their libraries.

The application presents a very lean interface, but adapted to standard applications for Windows 8, and the main screen, you can see the menus that share content. Also, featured are also shown the last items performed, and some of the songs and videos present on your hard drive.

Use of the program has no major secrets and just select any of the items available to start playback. If the desired content does not appear in the program screen, you can use the browse button to locate the item and open it. This can also be a good way to speed up the playback of a video or a specific song you have in mind.

The application presents the functions of play and pause, and skip forward and back, all placed at the bottom of the screen. For the case of videos, there is also a button that serves to carry a subtitle. VLC for Windows 8 supports playback of content present in the library computer or on an external drive connected to the machine.

VLC for Windows 8 features over a completely integrated into the Windows 8 start screen multimedia player option. In this case, specifically, it is a version of the famous VLC player for the new Windows, with known characteristics of the application, as its great compatibility with multiple formats of video.

Just like in the desktop version, it adopts a model of clean and playback interface, putting in evidence the main functions in the form of a button. The controls are minimalist, with only the necessary options for you to control aspects of media playback and without advanced alternatives.

The main screen of the program is elegant and separates content according to type, including adding a topic dedicated to external drives. The quality of video playback is good, including supporting content in high definition (HD) without any problem or crash. Likewise, the audio is also suitable and no problem was identified to play nor any kind of noise.

Is not perfect yet

However, the application still presents some problems were identified during our tests. The music playback is working properly and did not have any difficulty in this regard. However, regarding the videos, it was not uncommon to crashes when trying to sign out of one or return to the main screen during playback.

Moreover, in many cases the program was not able to upload pictures, so only the sound was heard during playback of the content. There were also problems in time to find the libraries in a second shipment of the program, and some items were not displayed.

However, as stated in the description, the application is still under development and testing (Beta) and it is normal that it does not always behave as expected. Likewise, it is very likely that such problems will be corrected in later versions. According to the developer, more features will also be implemented in the future for the player.

So it may be interesting to test VLC for Windows 8 with these issues in mind, even to avoid frustration. 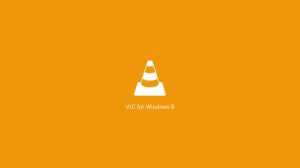