The popular open source media player ” VLC Player ” is back on the App Store for iOS devices , so that now the owners of an iPhone, iPad or iPod Touch can download it. 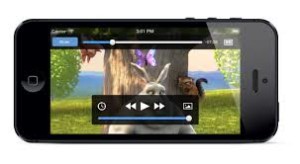 VLC Player is a player that is very popular among users of virtually everyone, mainly because playing many formats of video and audio , so you have it avoids many headaches when playing different content and not having to install various codecs separately, adding to the fact that it is cross-platform , because for PC is available for both Windows and for Mac OS X and Linux as well as mobile platforms such as Android, QNX and now she is back for iOS .

From Friday, VLC Player is available again in the App Store , after which in the past was removed from the app store due to certain problems with the policies of Apple, things have apparently been resolved.

It is noteworthy that, although does not appear the words ” Beta “as in the case of the version of VLC for Android , the player is in constant development to follow to improve and correct mistakes , so some users have reported problems when playing certain types of content.

Anyway, surely many will be happy that VLC Player is again available in the App Store. It supports 3GS/4/4S/5 iPhone, iPod Touch 3era./4ta./5ta. Generation and iPad , requires iOS 5.1 or later.