The mobile office suite Quickoffice , which together with Documents To Go , OfficeSuite Pro , and Polaris Office is one of the most popular mobile devices, it becomes free on iOS and Android .

This is definitely a story that will fall very well to many users, as Quickoffice is a very useful app to view and edit Word, Excel and PowerPoint , as well as viewing files PDF , and previously had Approximate cost 20 dollars on the App Store and Google Play, which now no longer so. 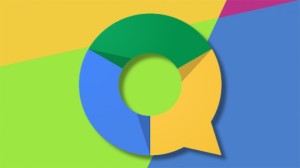 In addition, other interesting features are its integration with Google Drive to back up our files in the cloud and be able to share , even offering 10GB free space for two years who log in with your account from Google (valid until 26 September) in the application, which is probably due to Quickoffice Google acquired last year , so it has also redesigned the logo of the app. While you can also attach files to an email directly from the application.

It is noteworthy that some manufacturers like Motorola (with HD RAZR and RAZR i , among others) have included Quickoffice factory on their computers, while others like Nokia with their teams Lumia and generally those with operating system Windows Phone , including mobile version of Microsoft Office , exclusive benefit for your platform, as though it was launched Office 365 app for iOS and Android in order to use it you need to have a subscription (pay) service.