It has been reported that Skype will not have updates on Windows Phone 7 , so that holders of phones with this version of operating system ( Windows Phone 7.x ), will no longer receive future versions of the application.

This does not mean that the implementation of Skype will be available on the Windows Phone Store for Windows Phone 7.x, but that the current version of the app will be the last that can be installed on those devices. 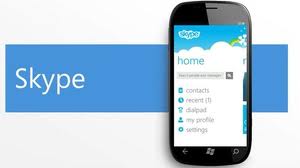 Thus, those who have for example with a Nokia Lumia 900 , 800 or 710 (for instance) and can not install future versions of Skype which can surely add new features and functions in the courier thereof to be reserved only for computers with Windows Phone 8 and later, leaving somehow partially abandoned or without the full support for phones with Windows Phone 7.x , which although not essential, certainly much bother users of these devices.

Furthermore, as is known from long ago, the Windows Phone 7.x phones are not upgradeable to Windows Phone 8 , so think of this solution is something that is discarded.

About that, according to Skype , the majority of users in the mobile platform Microsoft uses Windows Phone 8 , so consider the impact of this decision will not be so great. But you certainly do demonstrate, is how in such a relatively short time, Windows Phone 7.x is becoming an operating system that some call already obsolete , both by the inability to be easily upgradeable, as such decisions , which limit their potential.