The second film of Thor, the god of thunder, is about to hit the cinemas, and while you wait for this release, you can customize your computer with pictures and photographs of production of Marvel. 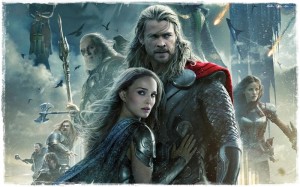 The hero appears in this collection in 12 wallpapers, icons and 5 5 images for login screens, along with other characters from the franchise, as actors Anthony Hopkins and Natalie Portman.

There are many iconic images of Thor’s hammer, and the protagonist in action, photographs and enjoy the arts created for the official posters of the second Nordic solo movie hero. 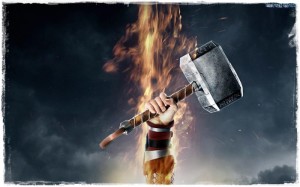 The set of images for the theme of your desktop contains 12 wallpapers in high resolution, and figures to use as icons for shortcuts, with the character of Thor film adaptation of the comic.

The package celebrates the arrival of the second solo movie hero, poses posters disclosure of production, with enough exposure action of the protagonist and his famous hammer power.

However, the collection brings no Unprecedented picture production and only leverages the material already released in posters and banners. There are good pictures of the hero in frameworks that value their strength and energy, but lacking representations in the context of the story, with photos from the movie “The Dark World”. 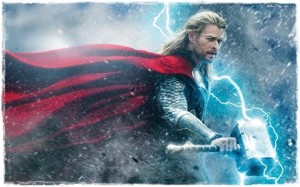 Certainly there is stuff here to please To fans, and the package contains some of the images are the coolest hero. However, it makes sense to call this theme with the title of the second movie if there are no pictures of the production features.